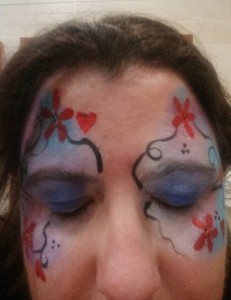 There are a series of World Book Days which happen around the world, here in Ireland we celebrate it on the first Thursday of March, which is today.

I have mentioned how in searching out about my name I ended up reading lots and lots about the witchcraft trials but the first book I ever read with the goal of starting to work towards becoming a witch myself was, A Witch Alone by Marion Green.

A Witch Alone is the best-known book by the prolific pagan author Marian Green. Subtitled Thirteen moons to master natural magic, it is a teach-yourself course for people wanting to rediscover and follow the path of the old village witch or cunning man.

The witchcraft described in the book differs from modern Wicca in two main ways. Firstly it is solitary rather involving participation in covens. In this respect it is similar to paths advocated by authors such as Rae Beth and Scott Cunningham. Secondly it avoids complex rituals for a greater emphasis on the natural magic of the old crafts and contact with nature.

Originally published in 1991 by The Aquarian Press, the latest edition, still in print, is from Thorsons (2002).

I got my copy when I was 17, so a little over 20 years ago, it made me look within and without in different ways and ask so many questions. It also I think is why I separate witchcraft from Wicca so easily, from the start I knew anyone could become a witch by themselves but Wicca was a priesthood you have to be brought into.

It is still a book I recommend to people who are starting out and want something helpful and practical which is overly academic.

The book launch for A Practical guide to Irish Spirituality will be held on the 14th of December, 10.30am – 1pm in The Irish Writer’s Center.
There will be a talk from the Author, a drinks reception and a signing.

A perfect chance to pick up a copy and have it dedicated as present for someone this coming Christmas/Yule/Winter Solstice.

Very much looking forward to this, see you there.

So I have a friend who was writing their second book, on a topic I have an avid interest in and they asked for input from people and then all of a sudden, the input I gave manifested it’s self as the front cover and forward of the book.

The book is “A Practical guide to Irish Spirituality Slí Aon Dhraoí” by Lora O’Brien, it is published by Wolfpack and is available now. http://www.wolfpackpublishers.com/spiritual.html

It bills it’s self thusly “You don’t have to be Pagan, or New Age, or Magical, or Spiritual, to read this book. You don’t even have to be Irish. To get the full benefit, you do have to be open minded, willing to learn something about yourself, about Ireland, and maybe even about your place in this land.”

It is packed full of thinking points and questions, many of which you will answer about yourself, offering many personal unexpected and wonderful insights as well as the ones provided in the book by the Author.

What’s in a name? Does how we are named effect our Fate, our Wyrd or how we see ourselves?

Mostly I think not, but in my case it’s a bit odd. I’ve been a self declared witch for the last 20 years, but the concept was know to me well before that, so pretty much like most children being curious would look up to see who had the same name as me.

This was in the way back times before the internet, never mind search engines but I had a library card and knew how to use the index and make requests to get in the system delivered to my local library.  What I found to this day still bemuses me.

It was my grandmother who suggest my name to my mother when she came to visit her in the maternity hospital and that is how it came about that I was named Janet. Many people in Ireland think of it as being an English name, but it’s Scottish, just like my Nana.

Once I started digging, the first thing I found was the ballad of Tam Lin, which dates back to the mid 1500s and then it starts to appear in connection with Witchcraft.

From the mid 1500s up until the mid 1700s the name Janet appears time and again  as the name of women persecuted and usually killed for being witches. From the first person convicted and killed, Janet Bowman in 1572 to the last that of Janet Horne in 1727,  indeed so many women accused of being a witch, seemed to be called Janet it’s not know if Janet is really their name or if it had become pseudonym for witch.

Not that many of my peers knew any of this growing up, I was more likely to get a ribbing once they start to see the Rocky Horror Picture Show, with the female lead being Janet Weiss, thankfully I like the musical, must be awkward if you are Janet who does not.

One thing which has happened on and off for years in the pagan community is that people confuse me with someone else, so much so I have lost count the number of times I have been told I am not Janet or I am the ‘wrong’ Janet. But I guess that is to be expected when Ireland is a small country and it’s were Janet Farrar, who is an internationally known pagan Author makes her home.

Has my name resulted in me being a witch? No I don’t think so, I do know it opened me up to the history of Witchcraft at a young age, but I believe I have had a choice and did choose to be a witch, this time around, with the comfort that I was unlikely to be vilified, tortured and killed like those who have had the name before me.