The generation that takes Durex in the local Spar for granted may not know that 2013 is the 40th anniversary of a legal case that won them the right to use contraception. In 1973, 27-year-old Mary McGee challenged Ireland’s ban on family planning.

A mother of four children, she had complications in her previous pregnancy and was told that having another child would put her life in danger. On medical advice, she ordered spermicidal jelly from England (a criminal offence at the time) but it never arrived because of the amazing vigilance of Irish Customs who seized her package.

“I got a letter to say that because of the prohibition, my package wasn’t allowed in. I couldn’t believe it,” says McGee, sitting in her kitchen at home in Skerries recounting the story. “I just thought ‘no way, I have to do something about this’, not realising the enormity of what I was taking on. I think we were all ready for change though. People wanted children but they also wanted a life.” She took her case to the Supreme Court and won.

Mad to think if she and her husband hadn’t of been brave enough to take the case all the way, how much longer it would have taken to make contraception legal here. Still the 1973 ruling only made it legal for married couples by prescription, it wasn’t until 1983 it was extended to un married people and it was only 1994 condoms became over the counter and eventually in vending machines and shops.

So thank you Mary McGee for fighting for your spermicidal jelly and the right it eventually gave all of us. 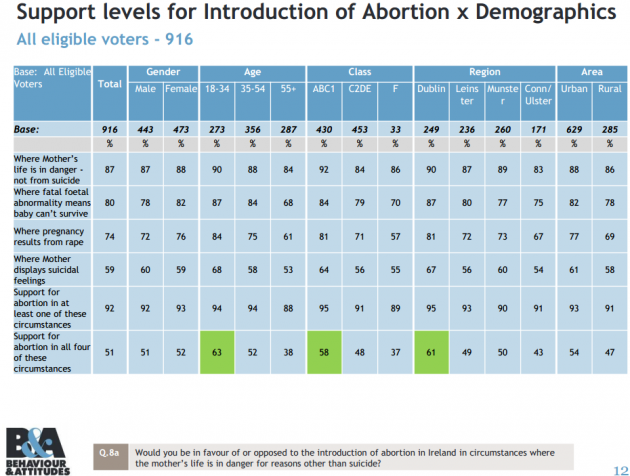 Seizures of the abortion pill have been on going for the last 4 years in this country and women are ordering the medications and using them to end their pregnancies at home.

In doing this they face criminal charges for importing the medication with out a license and the charge of self preforming an abortion and that under the 1861 Offenses against the Person Act can carry a sentence of a life time in prison.

Claire ordered drugs online and had an abortion at home. This is her story… | Irish Examiner.

Her abortion will never appear on a list of official figures, but she does exist, it did happen and her story deserves to be told.

I get pretty concerned about this, I know that the abortion pill works well and a woman will haven an induced miscarriage over 1 to 3 days and it only works in the first 9 weeks of pregnancy but it still has risks and should only be taken and used with medical supervision which women in Ireland are not getting and if anything goes wrong it is difficult for women to get medical help.

Still this piece is brave and taboo breaking and it is wonderful to see that we are starting to hear the real stories of women, the choices they making and the risks they are having to take in a country which holds an embryo has the same rights as we do.

A little while ago I wrote about Irish Abortion Providers and what type they may be and how “even with all the Drs we train in this country none of them are trained to carry the procedures needed.”

There has thankfully been some movement on this.

Two Irish medical students have applied for a course offering training in abortion care at a London clinic.

The one-week externships, at the largest London clinic of the British Pregnancy Advisory Services in Richmond, will allow students witness how abortion procedures are carried out.

According to Medical Students For Choice, which supports the BPAS programme, it gives students the opportunity to learn about aspects of women’s healthcare that are not part of routine medical training courses in Ireland.

“At the moment in Ireland, there is a lot of stuff they don’t go over [in medical education] such as how to do it [abortions] and the circumstances in which an abortion can be performed,” said MSFC member Amelia Reid. “A lot of medical students are scared about finding themselves in a situation where they need to know what to do to save a life.”

A BPAS spokeswoman said the only criteria for taking part in the course was that the medical student had completed one year of medical school, had a basic medical knowledge, an understanding of confidentiality and ethics, and was able to explain in writing why they wanted to take part. She said they were not looking for students “at an advanced point in their studies”, although such students would not be excluded.

The spokeswoman said students would get a “complete overview” of the patient’s experience at the clinic, from pre-abortion counselling to choices for contraception afterwards.

She said BPAS opened the course to applicants in Irish medical schools after last year’s course — the first British course run by BPAS — attracted considerable attention from Ireland. As part of the course, students will also work with Antenatal Choices and Results, a charity that supports parents whose unborn baby is diagnosed with foetal anomaly.

Richard Lyus, who will mentor students on the BPAS scheme, said they were looking ahead “to a time when the law enables doctors in Ireland to provide abortion care to all women who need it”.

“We hope these placements will give Ireland’s next generation of doctors important insight into the needs of women in this situation, which they can make use of in the course of their careers,” said Dr Lyus.

Ms Reid said MSFC has a presence in all of the medical schools in Ireland, with the exception of University College Cork.

She said approximately 250 students in Ireland joined MSFC’s database since it set up here two years ago and that it hoped to provide financial assistance to Irish students accepted on the BPAS course. The educational aspect of the course is provided free of charge, courtesy of BPAS.

If you want to know more about Medical Students For Choice you can find them here:
http://www.msfc.ie/

And if you want to know more about Doctors For Choice you can find them here:
https://www.facebook.com/pages/Doctors-For-Choice-Ireland/522714117761585
https://twitter.com/Doctors4Choice

There is a new emergency contraceptive which has been approved for use.
It is called Ella one.
http://en.wikipedia.org/wiki/Ulipristal_acetate
http://ec.princeton.edu/pills/ella.html

It can be taken up to 120 hours after intercourse rather then the 72 hour window for what is known as the morning after pill.

The morning after pill is most effective 93% if taken with in 12 hours, and how effective it is decrease until it’s about 50% if taken at it’s 72 hour limit.

Ella one can be taken up until 120 hours later and will stop 60% of unwanted pregnancies.

I know it’s not as good as contraception or the morning after pill if taken with in 12 hours but, if you can’t get to a chemist for what ever reason with in the 72 hour window it’s an option.

The average age of a woman having a first child in Ireland is now 31 and Dr McQuade said many young women in their 20s — the age group which has seen the largest fall in numbers attending the clinics — had no intention of having a baby until they were in their 30s.

The availability of over- the-counter contraception in pharmacies has also contributed to the fall in numbers attending the clinics, but Ms Begas said: “It may still be better for these women to discuss their family planning needs with a family doctor or GP.”

She said a new emergency contraceptive called ellaOne — which can be taken within five days of unprotected sexual intercourse and which more than halves the chances of pregnancy — is now available from GPs.

A recent study found that 12% of young women were now opting for longer-term forms of contraception.