I have written before bout how Writers are my rock stars (also known as go go plan crazy, travelling to Galway to hear Warren Eills speak)  and how they open worlds to me, their words delighting, haunting and staying with me.

There are a few who’s craft is so beguiling I will try and make the effort to see them talk in person. So far I have been lucky that many of them come here to Ireland.

I don’t go crazy for autographs or photos with, but just like to listen to them talk about their work. I have found they are usually inspiring people.

Last summer due to my involvement with Shamrokon I got to meet Carrie Vaugh, Charles Stross, Ruth Long Michael Carroll and do the Guest of Honour interview with Seanan McGuire.

So I was delighted when I saw this 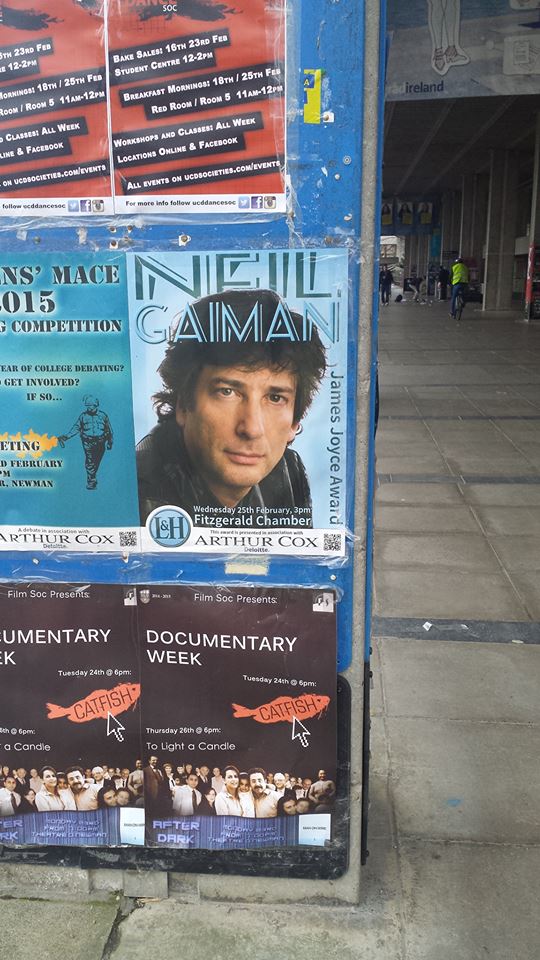 So I will be out in UCD next Wednesday as Neil Gaiman will be receiving the James Joyce Award. I did come to his writing via Good Omens and then Sandman, and have read just about everything else he’s written over the last 25 years. I got so see Terry Pratchett a few years back when he attended the Unseen University Challenge in TCD and it will be nice to finally have seen them both in person.