I was reading about the rise of the teenage feminist today and while I didn’t have the internet at that age I had books, these two in particular had a huge impact. My Mam got them for me when I was 15, they were bundled together on a stall outside a secondhand bookshop and were a bargain she couldn’t pass. 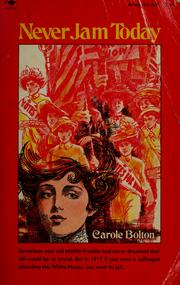 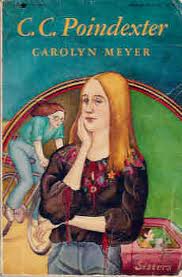 The first is Never Jam Today by Carole Bolton, it deals with the struggle for women suffrage in the USA. The main protagonist is Maddy Franklin is a seventeen-year-old middle-class girl in 1917.
She gets swept up in the tides of change, between her arch conservative father and her activist aunt, it tells of her leafleting and picketing, and even being arrested and held in appalling conditions; going on hunger strike and being forced fed, all cos she wanted to be able to vote and choose her own future. This period in American history was later made into the film Iron Jawed Angels. It made me aware of suffrage and how women world wide fought to get the right to vote and to throw off the restrictions of having to be ‘Ladylike’.

The second is C. C. Poindexter by Carolyn Meyer written in 1982 about a 15 year old who’s parents are getting divorced and how much her world is changing for her, from hitting 6ft in height and all the self consciousness and not fitting in that brings, to her mother setting up her own business and her father getting re married. The only unchanging constant in her life is her aunt, who she previously didn’t have much time for, but is an ardent activist feminist.

When I read this book I had never seen the feminist symbol of the clenched raised fist within the female gender sign. The description on it on her aunts van was hard to figure out what it was and the slogan with it was “up from under” it was several years later that I saw the icon and then it made sense. Her aunt talks about feminism to her and so do her aunt’s friends when she spends time with them, in an easy and accessible way; even if C.C. could not bring herself to read The Feminine Mystique, I managed to do so after ordering it into the local library.

C.C.’s story is not as dramatic as Maddy’s, but they are both trying to find out who they are and what they want to do with their lives in face of their worlds changing. Each of them figuring out that no one else has the right to define them or make decisions for them.

In an Ireland which only had suffragette and women’s libbers it was the stories of two American girls living at either end of the same century which introduced me to feminism.