This post has be simmering for a while, but before I start let me just don this fendora. 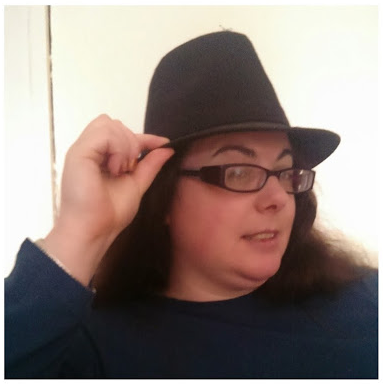 Right lets do this. I have written a lot over the years about how I came to be a feminist, being a feminist and how that is important to me. Having grown up to be a woman in this society I am aware of the double standards, mixed messages, unreachable standards and limitations in how girls are socialized and women are expected to behave. I knew when I had my daughter some of the battles and struggles she would have to face.

I did have my son first and did think life would be easier for him, but I found out he has his own set of battles and struggles with the double standards, mixed messages, unreachable standards and limitations in how boys are socialized and men are expected to behave.

One of the people who helped open my eyes to this was Tom “Devore” Murphy.  in our many back and forth debating and discussing the topic of feminism over the years, one of his salient points was I don’t know what it is to grow up with the societal messages that boys don’t cry, boys are smelly, boys aren’t emotionally intelligent, men aren’t caring, and that other then aggression or pride few emotional expression are considered ok for men.

Yes both my brats have ASD, which means we have had to do a lot of work around emotions, figuring them out, what they are feeling, best ways to express those emotions, how other’s are feeling and being compassionate and considerate of others. This type of work is not done with most boys, girls learn it’s ok to talk about their feelings, boys don’t, boys get lessons in how to appear emotionally tough for when they have to go out and interact in male company.

These lessons can from family often unknowingly, from media, from peers from school, society and even media aimed at children. This youtube clip is 7 years old.

So what, do I as a feminist think is meant by the saying Patriarchy hurts men too.

Patriarchy is to me the promotion and enforcement of gender roles and stereotypes for the good of society. Thing is I didn’t grow up in a gender stereotypical family, My parents took turns being the stay at home parent, my Dad was reared in a household were hands had no gender, he had no issues 39 years ago changing my terry cloth nappies or making apple tarts. So much of what patriarchy promotes I have always known to be bullshit.

I see how such gendered enforcement holds back girls and boys, girls I would have always said more, I had believe that as gendered stereotypes were broken down, mostly by women and girls it would effect positively for boys and men.

For Every Woman
By Nancy R. Smith, copyright 1973

For every woman who is tired of acting dumb, there is a man who is burdened with the constant expectation of “knowing everything.”

For every woman who is tired of being called “an emotional female,” there is a man who is denied the right to weep and to be gentle.

For every woman who is called unfeminine when she competes, there is a man for whom competition is the only way to prove his masculinity.

For every woman who is tired of being a sex object, there is a man who must worry about his potency.

For every woman who feels “tied down” by her children, there is a man who is denied the full pleasures of shared parenthood.

For every woman who is denied meaningful employment or equal pay, there is a man who must bear full financial responsibility for another human being.

For every woman who takes a step toward her own liberation, there is a man who finds the way to freedom has been made a little easier.

But I have now come to see there has to be a complimentary body of work to be done, by men and boys for men and boys and supported by women and girls. Feminism is for me not just about smashing patriarchy, it is not just about equal rights and opportunities, it is about encouraging women and girls to speak out and speak up about what needs to chance and empowering them to make changes. I think boys and men need something the same along those line. I don’t think it’s feminism job to do it for them, I don’t think it would be right for me as a feminist to tell men what needs doing in how they related to each other and what should get priority in their movement.

I have tried before to get an action group up and going to agitate and petition for paternity leave (there is no legal entitlement to paternity leave in Ireland), there was a lot of talk about creating the group, but none of the men showed up. There are many issues which I am more then happy to support, lack or support services and awareness of male victims of sexual assault, rape and domestic violence, male suicide rates and mental health issues, the rise in male eating disorders as boys now have those impossible abs held up as what it means to be good looking, there is a list to be sure.

To date there is only one group/org which I feel I can show solidarity and support to and that is the men’s shed movement. Most of the other groups/orgs seem to waste so much time and energy condemning feminism and blaming it for all the ills that beset men. The men’s shed movement says that men are more inclined to talk shoulder to shoulder, working together then talk face to face, they do good work globally.

There are serious conversations needed, about what it means to be a man in society, the struggles men face. I do want these conversations to happen, I just wish they would happen to be parallel  to the ones women are having. I would love to see a hastag on twitter with men sharing the issues they have faced and deal with.

One thought on “What about the Menz!”