It has been 20 years from when condoms were made legal for sale which did not require a prescription. But there has been still so much taboo and stigma surrounding sex and sexuality in this country that we haven’t had the same sort of advertising which you see in other countries.

This weekend I saw my first bus shelter advertisement for condoms,
here in Dublin. 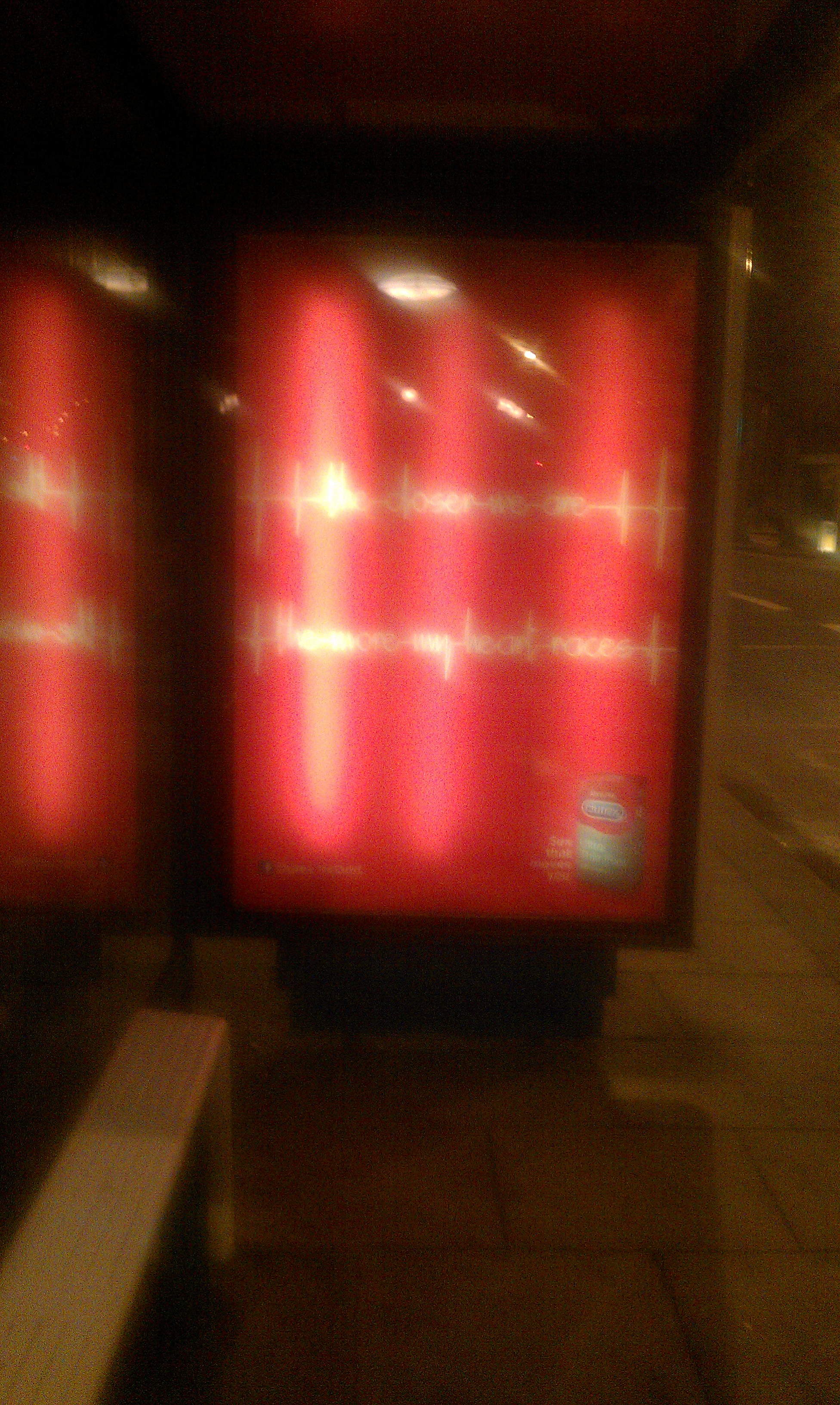 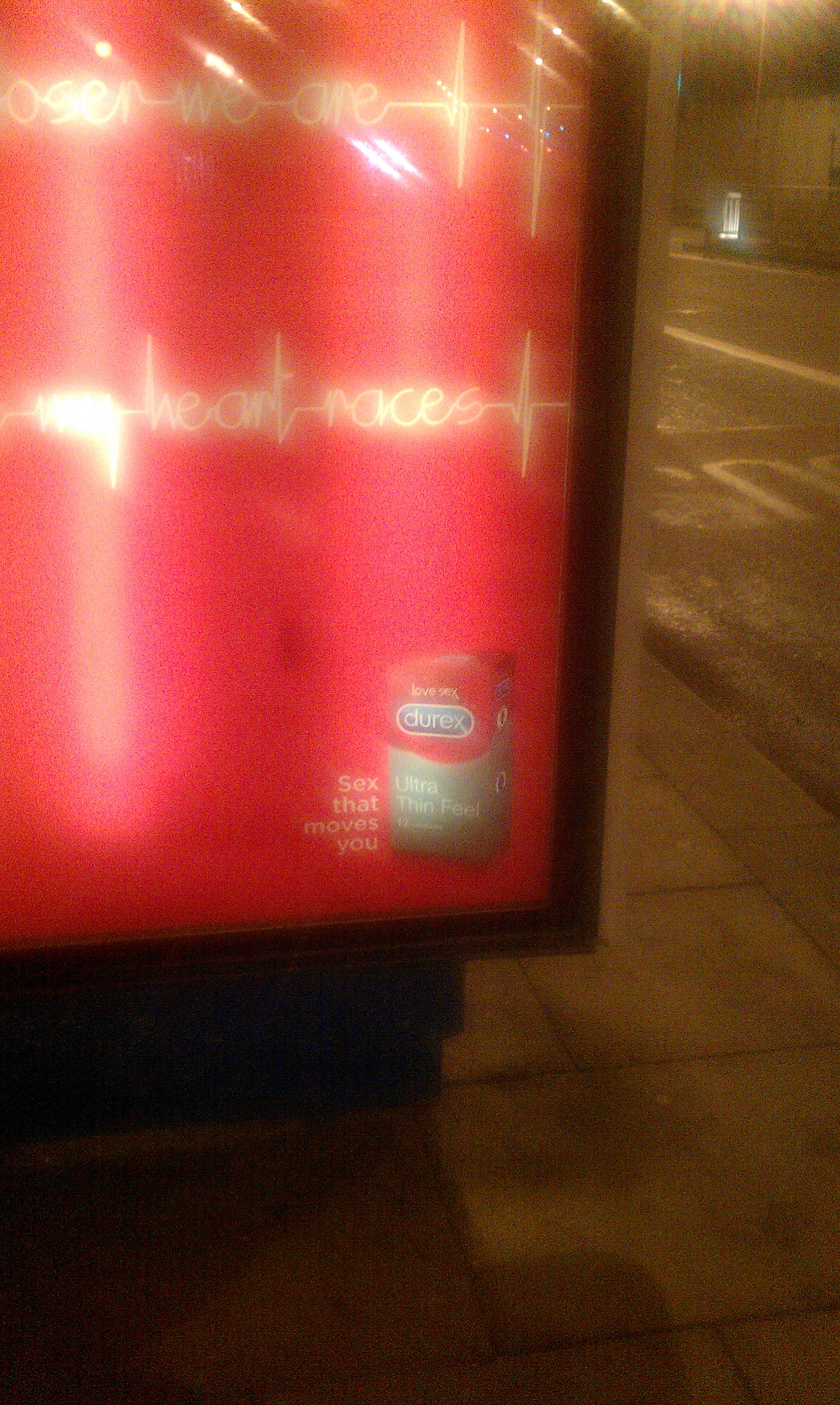 Couldn’t believe it, but there it was an ad for Durex, the ad it’s self it eye catching and smart.
The text reads “The closer we get, the more our hearts race.”
With a small image of the branded box in the corner.

I think it’s classy and well done, and not a poster I would have an issue standing beside late at night in the city center, while waiting for a bus home. Well done TMW and this is the film ad for the campaign.