I only meet Laura Lee in person a handful of times. We chatted on twitter and facebook a fair bit. Often sharing our eye-rolling encounters with our own daughters.

She was a caring, compassionate, formidable woman who was a sex worker as well as an advocate and activist for Sex Worker Rights. She stood up, put her self in the public spot light to break the stigma around sex work and to be visible, for it is harder to deny the rights of visible people.

Stigma and prejudice strip people of their humanity and so it is easier to ignore them and treat them as lesser. She made a point of being very present, which made it harder for people to make the generalisation about sex workers and sex work.

As part of being involved with Octocon: The National Science Fiction Convention, I got to ask if Laura Lee could come be a panellist at the convention. Octocon has always been run by and for a very diverse Fandom, and the panels deal with a range of societal issues.

There is also a policy of ‘Nothing about Us, with out Us.”  so there is always an effort to get people from minority and marginalised groups to take part in the discussions at the convention as attendees (via concession rates and Con or Bust) or as panellists.

I was delighted in 2015 to be able to moderate a panel on Sex Workers in Fiction and have Laura be one of the panellists. 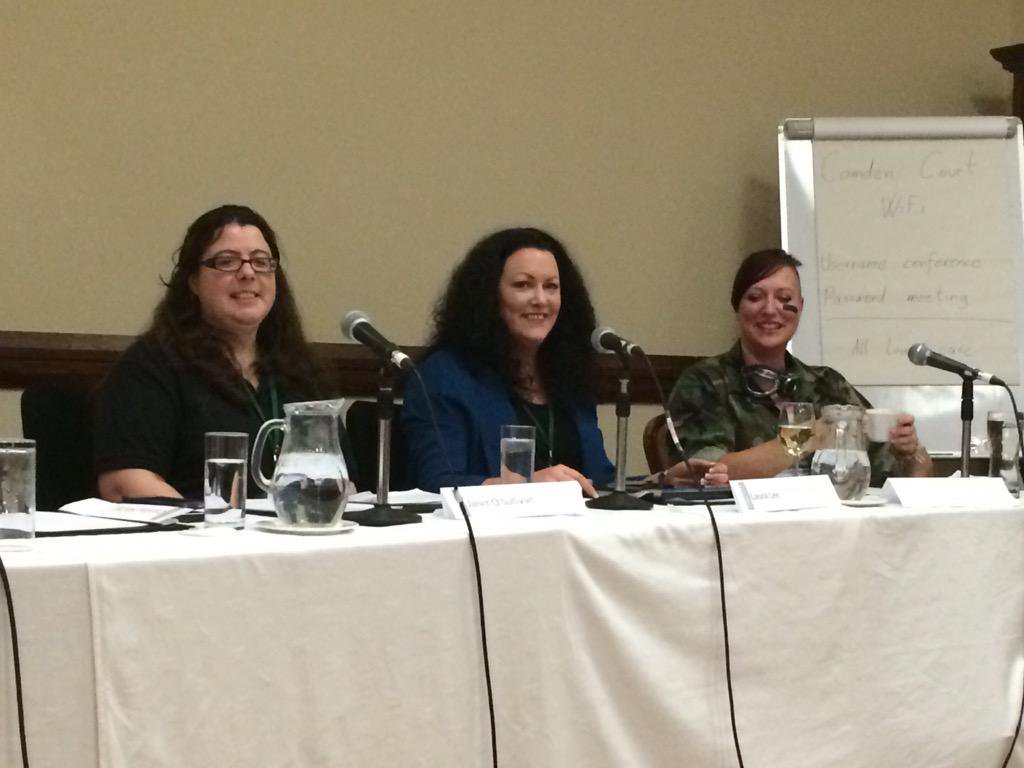 Sex workers are written the lot about in fiction, be it in Game of Thrones to Firefly. Laura spoke so well about what rights sex workers needs and that we need to change attitudes towards sex workers, which starts with affording respect and dignity especially when writing about them, be it in reporting or in fiction.

The panel was a late night one, as all the more adult topics tend to be and then after, Laura and some of the other Sex Worker activists stayed for the Octocon disco. They really enjoyed the relaxed and welcoming atmosphere of the convention and asked if other friends could pop in and attend. It was a fun evening.

That is one of my fondest memories of Laura surrounded by friends and activists at Octocon either sitting chatting or up dancing.  Others are running into her at the various Marches for Choice. My body my Choice as far as I am concerned applies to sex work and all workers should be able to work in a safe environment. It is about bodily autonomy, no one should be forced to have an abortion or give birth, no one should be forced to do sex work or be forced not do sex work.

With the cold weather and snow which storm Emma brought, I made coddle. It was something which Laural also loved. I made it and found myself thinking of her and how the world is a lesser place without her now in it, of the wonderful work which she did and how we need to make sure the work for Sex Worker Rights continues.

I miss her, she made me feel less odd about speaking my truth and knowing that we both supported each other in the work we were doing made it a little easier at times.

This international Sex Workers Day if you have the time please read http://sexworkersallianceireland.org and if you can make a donation. 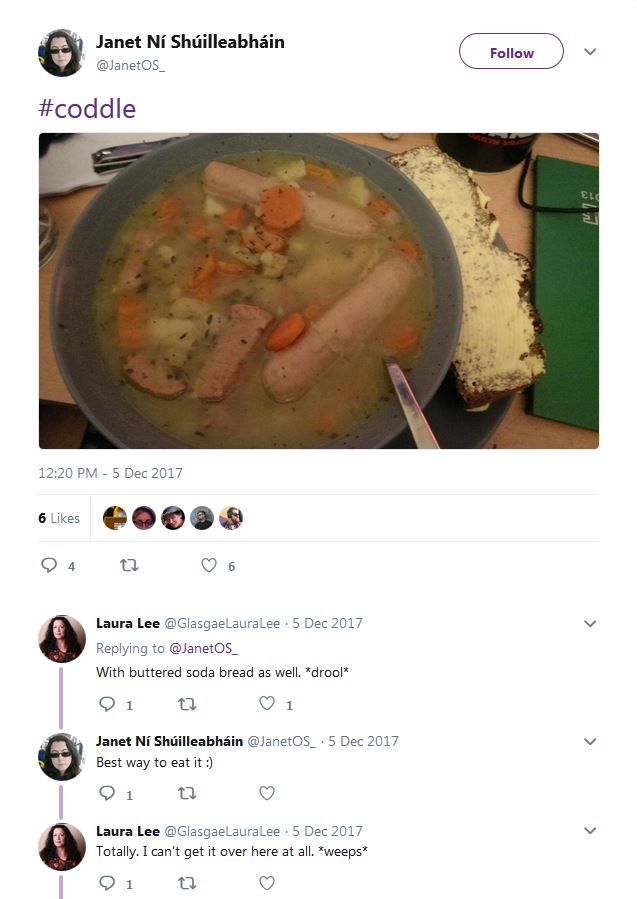