We did it. They listened.
Reflecting on last weekend’s Yes vote.

9 people a day still travel and 3 a day take pills illegally, please if you can help support,
https://www.asn.org.uk/ and https://needabortionireland.org/

Shouts outs in this to the members of TFMR Ireland, I hope this means they don’t have to tell their stories again, and esp to Amanda Mellet who is suing Ireland and winning put pressure on the Government to resolve this.

Also to Tara Flynn, if you can buy her books as a token of thanks and support.

To Amanda Palmer who’s book the Art of Asking and her sharing her own stories about her abortions helped me long my way.

To everyone who put their shoulder to the wheel, who helped start and grow the abortion rights campaign, who set up other groups, who held meetings and did stalls when there was no inkling of a referendum, to all those who marched, leafleted, who canvassed, to those who could not, but had the important conversations with the people in their life, and all those who shared their stories.

Thank you, thank you so much.
and to everyone who voted, Yes. Thank you
They Listened, WE did it. 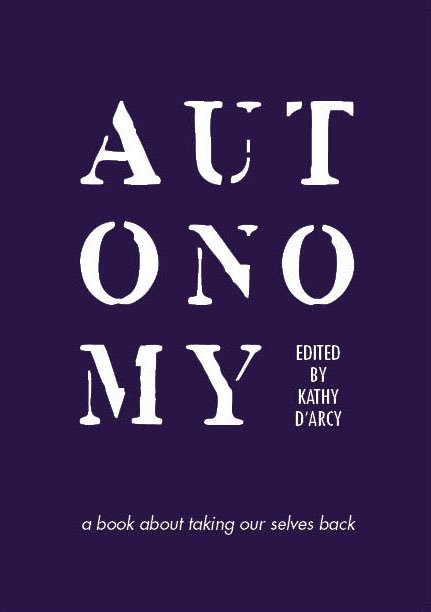 I was honoured to take part in the discussions around drafting this and to sign it. Irish Feminism is doing it’s best to be intersection and we will not have anyone try tell us who our sisters are.

I’ve not been writing that much of late, life had been a bit bumpy and the mood a bit dark. So I am going to treat myself to a 2016 round up post to remind myself of the nicer things which happened this year.

This year I tried to do one thing which was new or scary to me each month, most months I managed more then 1 thing.

In January I sat my exams and pass officially moved into being half way through my degree in DCU.

In February I took part in two photo shoots, one for the X ile Project and the other for Trinkets Jewelry. I was also being ahem present at the GE2016 TV debates

In March I was doing Promotions for a wonderful Arts event, which was an installation, musical play and discussion on giving birth in Ireland. http://4elements.ie/projects/daughters-of-the-revolution/

In April I had the absolute honor and privilege of preforming a wedding ceremony for two dear friends.

May was all about getting assignments in and my end of end year exams.

July I was at #Longitude and worked 3 days at the Abortion Rights Campgain stall, running the twitter and instagram account, talking to the oh so many wonderful people who came over to get leaflet, sign petitions and by badges and t shirts.

August I was a speaker at the Galway Pride Festival about the intersection between lgbtqi rights and reproductive rights. I was also on TV3 as a spokesperson for the Abortion Rights Campagin as part of a debate on National TV as well as being on Dublin City FM for the Nerdy wordy girlie section of the Kitchen Table show.

September was very, very busy. I was delivering training in Cork, working on the March for Choice,
from the press conf to doing media spokes person stuff, which involved going out to RTÉ today’s in a row to be interviews by the BBC, BBC Gobal and BBC 2. Doing interviews with media outlets. Then helping with coverage of the March on the day, and taking part in the Speak Out.

October was OCTOCON! I was pro and Vice Chair! I got to be on some amazing panels, take part in some excellent discussion and help make the national SFF convention happen! We got some lovely coverage on Newstalk, Irish Examiner and Dubiln City FM. I am really looking for today next year as I am to the Convention director and two of my Fav writers are coming over as Guests of Honour!

November was thankfully a bit quieter after October and September. I was an invited speaker out at UCD Labour to talk about repeal the 8th as an ARC spokes person and to GIGSOC in GNUI to talk about reproductive rights. I also did one of the hardest, most panic inducing things of the year, applying for a passport. It was a mess of red tape, involving 4 different governmental departments.

Soo there were some tickets for tonight gig… So we are going again. #TheCure

For in December having a passport meant I left Ireland for the 1st time in 18 years, boarded a plane and headed off to the UK, where in Wembley I got to see The Cure play, twice.

2016 has been an eventful year (what I have listed is barely the tip of the iceberg), the last 1/3 of it have been a struggle at time, but looking back has helped. Still can’t believe the BBC 100 women thing! We got through this year, here’s to getting through the next one.

The Abortion Rights Campaign has launched their latest video for this years March for Choice. 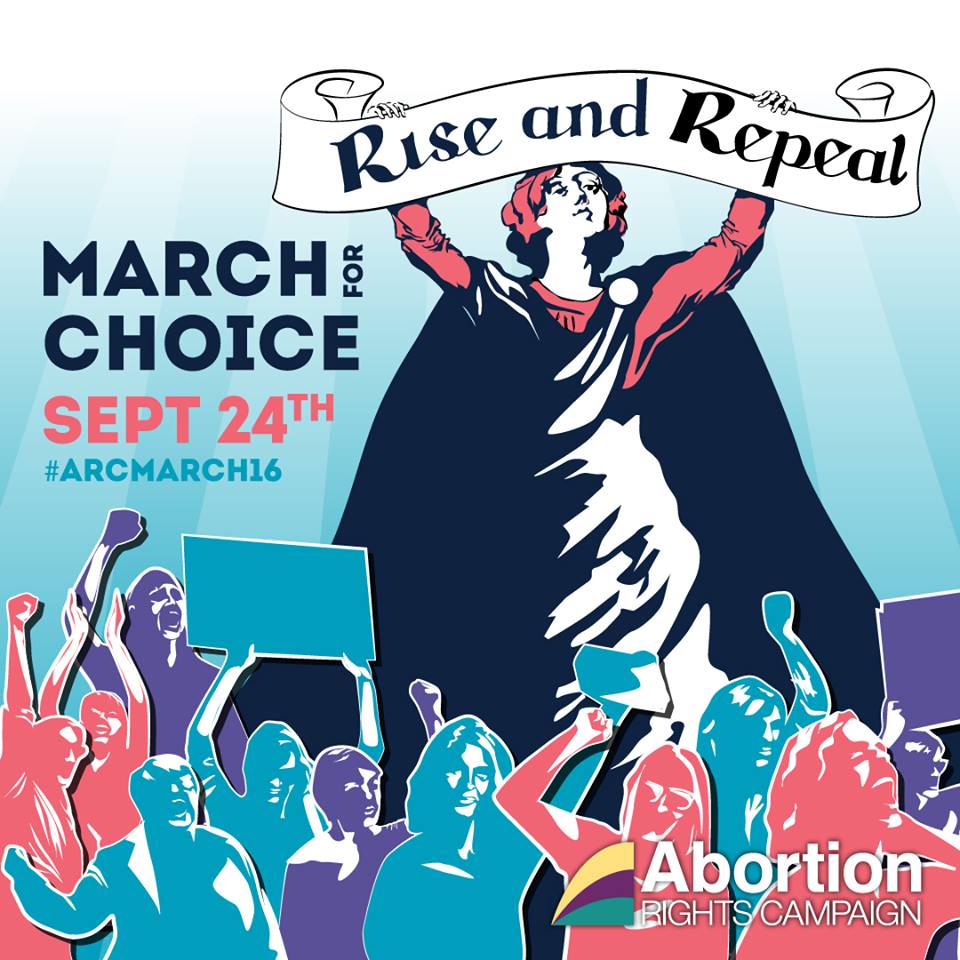 This hasn’t been easy to write, it is hard to believe it has been 3 years.

3 years ago today on the 28th of October 2012 Savita Halappanavar died, leaving behind her bereft husband. On the 21st of October she had started to have a miscarriage and as the 8th amendment dictates miscarriage management in Ireland she was denied the options and care which would have been available to her in other countries.

She asked for the pregnancy to be ended, she asked for an abortion as there was no way to save the pregnancy and this was denied to her as there was a fetal heartbeat. So she was left to miscarry and eventually through a series of callous missteps went on to die from infection. The news of her death didn’t break in the press until the 14th of November when he husband took advice having not been able to believe the responses he was getting from the hospital admins. What happened to Savita shocked people in Ireland and internationally.

There were vigils held in front of the Dáil, all over Ireland and across europe. So many people started to wake up to what the 8th amendment means in terms of restriction to health care. The 1st big March for Choice had already happened and those who helped put that together did their best to network and get the word out about the vigils.

The next year the government finally after 23 years moved legislation to cover the X Case ruling. This became known as a the Protection of Life in Pregnancy Act. This allowed for abortion in the case where a person is pregnant and suicidal. This new law did nothing to change miscarriage management. The international best practice for miscarriage management where there is no way to save the pregnancy is to offer the option of ending the pregnancy, either via surgery or via medical abortion using abortion pills.

Neither of these are currently legal in Ireland, and the new law the  Protection of Life in Pregnancy Act imposes a 14 year criminal sanction on any woman or dr who would end a pregnancy with a fetal heartbeat even in the case of inevitable miscarriage. This is another tragedy waiting to happen. Medical professionals should not have to wait for a patient’s condition to decline from the threat to health to a threat to life before taking action.

While the legally and medically nothing has changed in terms of the restrictions to miscarriage  management, we as a nation has woken up to the injustices which the 8th amendment causes. Many brave women have stepped forward to share their stories so that we no longer only hear about this issue when someone had died or had taken a case to the courts.

The stigma which surrounds being pro choice and having had an abortion is being fought, we have had people stand up and say enough is enough, the Abortion Rights Campaign has been joined in their fight to repeal the 8th by Unions, Artists and by NGOs. Political parties find themselves having to state where they stand on the issue of repealing the 8th and if it is a red line issues for them.

Many people will be making sure they Vote Pro Choice in the upcoming General Election. Hopefully then we will soon see a referendum to remove the horrific amendment which has caused so much suffering and we will see miscarriage management and healthcare in Ireland come in line with best practice so that no one else when they ask for an abortion; esp when they are in pain and suffering (which the UN Committee on Human Rights terms as torture), demand an abortion to end it, it will be a health care option medical staff can offer in all our maternity hospitals and units.

3 years on and it’s still hard to watch the video of Savita dancing in the St Paticks Day parade in Galway. Herself and Praveen moved here, were part of the local community, wished to raise children here. In any other country she would have been given the abortion she asked for and then be able to go on to maybe have a child which she could have taught to dance, with whom she could have celebrated Diwali with next month.

For Savita - Never Again from Christopher Tierney on Vimeo.

We need to repeal the 8th amendment so that the words “Never Again” have real meaning for all those living in Ireland.

I was surprised and delighted to be invited to be a speaker at a debate in Trinity College Dublin hosted by The University Philosophical Society; which is said to be The World’s Oldest Student Society.

The motion up for debate is “This House would Sell it’s Virginity”, it is bound to be an interesting debate and I am looking forward to it. I will up date this when I find out who the other speakers are to be. The Debate will take place on Thursday the 8th of October.