I meet a couple while canvassing this evening, they opened the door exclaiming they were voting yes, and how glad they were to be at home and to be canvassed. They came out, one of them holding their dog, telling me the whole road was voting yes and that they had told friends and family if they wanted to come to their wedding that they had to vote yes.

They were both very emotional to see a group of strangers they didn’t know out asking for a Yes vote for their right to marry. They asked what the response on the doors had been like and how they their nerves would be shot until the result on Saturday. They held hands saying thanking us for caring and canvassing.

There are real people, like this up and down this country of ours who are feeling supported and hopeful, I just hope the result doesn’t dash our hopes and dreams. 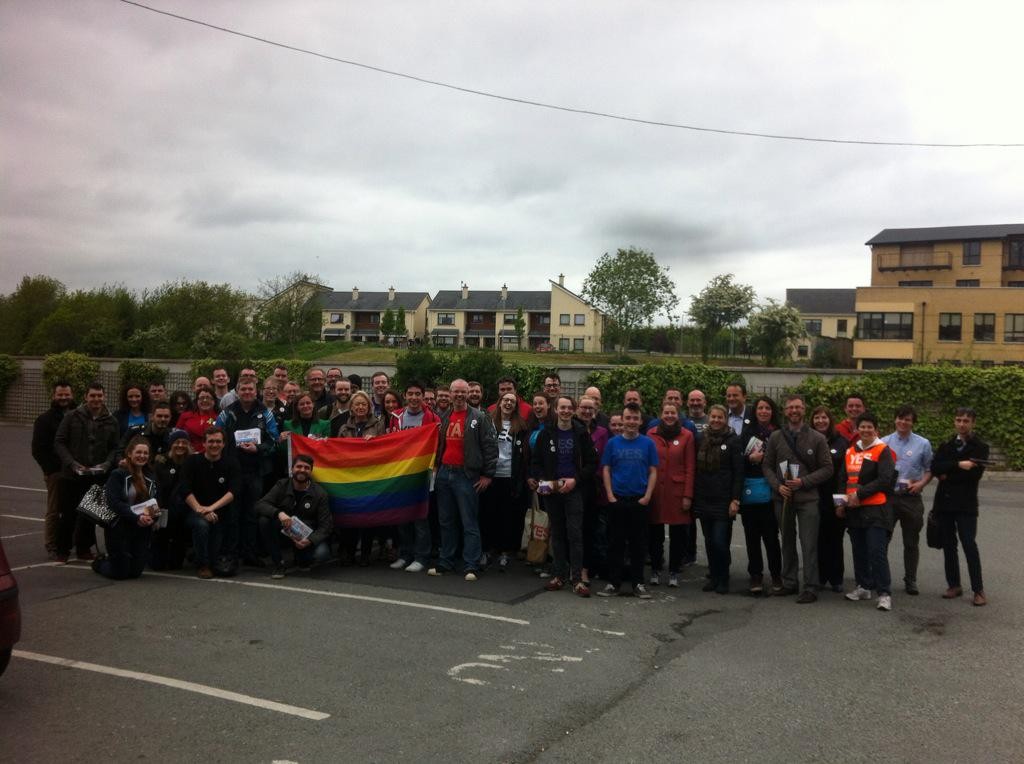